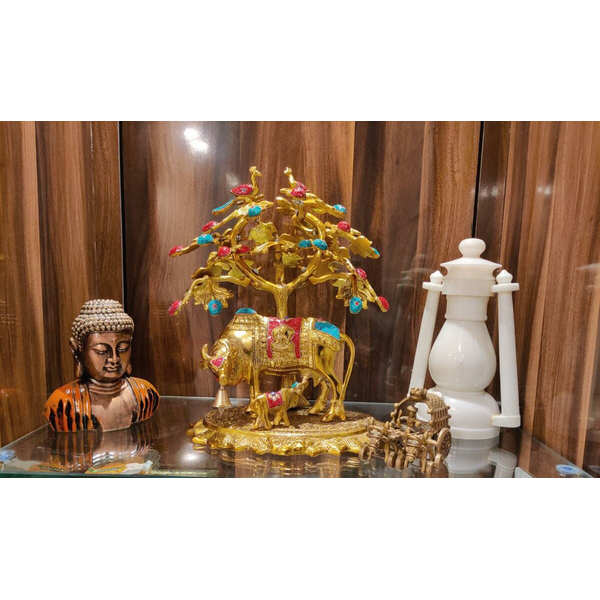 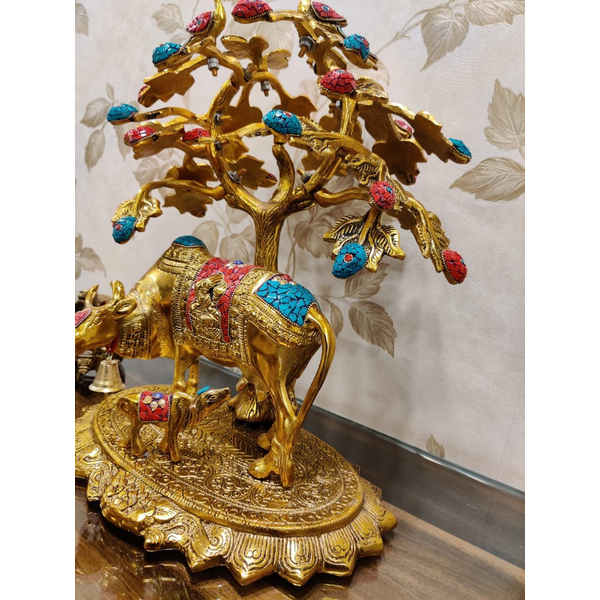 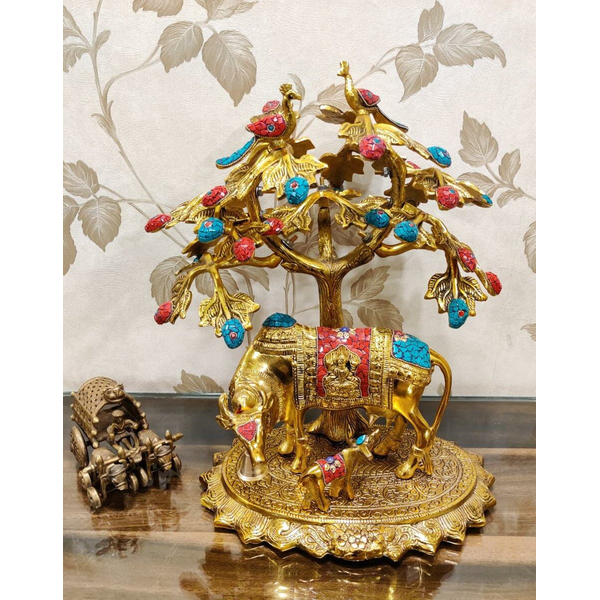 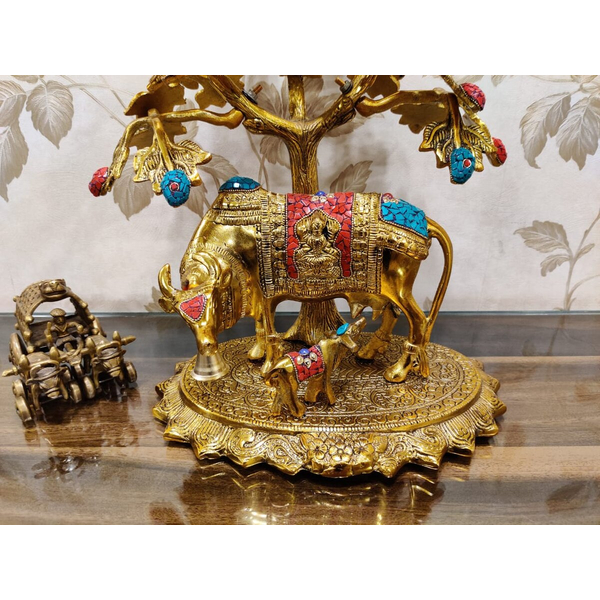 Beautiful creation of kamdhenu cow and calf is a perfect symbol of the undying aura of the holy saint that encompasses numerous devotees round the globe. This Kamdhenu cow, adorned with different deities, is the symbol of prosperity and vatsalya (love that a mother feels for a child) and is considered highly auspicious for countering the vaastudoshas (architectural faults) & enhancing the overall good luck. The name Kamadhenu came from the Sanskrit root, "Kamaduha", which literally means, "the cow of plenty" and "the one through whom all desires are fulfilled”. It is believed that each part of the kamdhenu cow embodies a particular deity & is worshipped as the divine wish-fulfilling cow goddess, according to Hindu mythology. This divine cow, which lives in swargalok (heaven), emerged from the ocean of milk (kshira-sagar) at the time of samudra-manthan, the great churning of the ocean by the Deities (suras) and demons (asuras). It was presented to the seven sages by the Gods, and in course of time came into the possession of Sage Vasishta. It is believed that as Kalpa-vriksha, (heavenly tree) Kamadhenu, in the same way, fulfills the desires of those who approach it with pragya and devotion. Kamdhenu cow and calf statues are widely used for decoration purposes in homes and offices. It serves as a great gift, especially around religious celebrations, and festivities.

Full metallic, guaranteed never gets black in any weather!!

30 Days Return Accepted on all orders